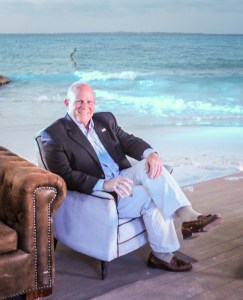 Russ has been writing and editing since 1985, when he helped conceptualize and launch the stand-alone auto section MPH for the Boca Raton News, a Knight-Ridder newspaper. He also spent five years supplying the auto content for a similar auto section called Driveways at the Palm Beach Post. He was a writer and managing editor for Auto World and NOPI Street Performance Compact magazines. During the past 30 years or so, he has been a contributor to The Washington Times, The Miami Herald, Hispanic Magazine, Southern Automotive Journal, AAA of the Carolinas Go Magazine, Bankrate.com, Interest.com, MotorwayAmerica.com and AutoTrader.com.

In addition to freelance writing, from 1991 to 2001, he was a script writer, field producer and senior producer for the syndicated TV travel series “Discover America.”

Russ moved to Greenville, South Carolina in 2008, after living in 16 cities spread across 11 states.

Russ conceptualized just3things as a tool for getting basic, must-have information on assorted topics into the hands of viewers. For the most part, interviewees appearing on camera are experts, or at least well versed, on the subjects on which they are speaking.

You may reach Russ at Russ@just3thingsvideo.com

You may read his blog at Clangingbell.blogspot.com